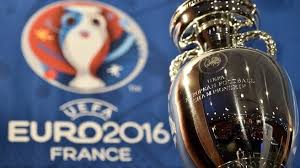 Ok, take a deep breath. It is finally here.

When the orchestra comes out onto the Stade de France pitch tonight and strikes up La Marseillaise this tournament will be officially opened. The tournament that we have desperately awaited for months now.

But, have we really? Is there really something big to look forward to? The former French legend who turned out to be a (inter)national disgrace – a certain Michel Platini – was the one who used Blatter’s recipe for winning votes, the same recipe Gianni Infantino wants to apply on FIFA again. Expand the tournament. Get more countries in, let’s have more matches, let’s make TV right more expensive, let’s earn some more, buy, sorry, I mean earn the votes and rule the game forever. Or until Blatter takes us down with him.

Anyways, it must be said now, before the tournament even started. This ruined the feeling. Yes, it’s nice to see teams like Iceland or Northern Ireland on such an occasion. It is nice to have some new faces around, and yes, there are more matches and more room for hipsters to talk about teams like Wales and Albania and their strengths and tactical awareness or whatever. But, the fact is that in terms of quality this tournament has been ruined.

To remind you, 53 countries participated in the qualifying process. Thirteen of those won only once or did not win at all in the qualifiers. Which leaves us with 40 countries that were able to win in at least one in five matches. 60% percent of those teams will play at the Euros. Literally – half of the continent will play at this tournament. And we need 36 matches just to get rid of eight teams.

So, what’s there to look forward to? What’s so special in watching almost every half-decent European team – yeah, I know, no Norway or Bosnia – playing in what used to be a top level of international football?

A positive thing is that there will not be any dead rubbers – even if the team loses first two matches, they will still be able to get into the next round. And, yes, win the cup. On the other side of that book is the fact that even with three draws you would still have a chance to get to the knockout stage. And, errr, win a cup. Something that probably stands as a post-it on refrigerator of most of the “small” teams managers.

The football will probably be crap, so I’ll use this space and Josimar’s money to tell you about important stuff. Like the fact that so far the beer is almost as bad as I think football will be. And that I need suggestions on some craft beers, ASAP – please, please, tell me about it on Twitter.

Half of the trains are not working, Air France goes to strike, and since I spend most of my time with Nick Ames and Jonathan Wilson – two lads that love to walk, to walk fast and to walk uphill – I would not be surprised if they make me walk to Lens tomorrow.

Consider this to be like Tour de France, just with no bikes. And no dope. And with some football.

Take a deep breath. It is finally here.

PS. Wait, they named a mascot after a sex toy? Forget all I just wrote, I love this tournament!