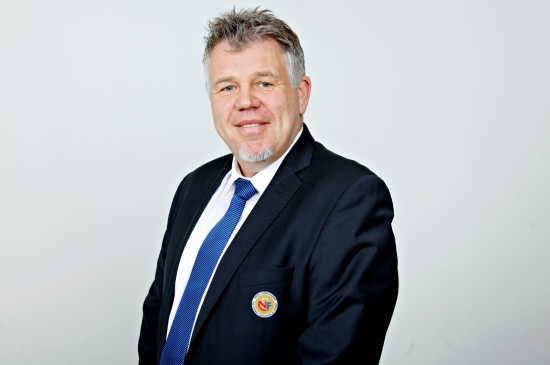 Kjetil Siem claims he has lobbied for Aleksander Čeferin for over two years, on instruction from the former President of The Football Association of Norway. Both may be in breach of the Association’s rules.

Over 21 pages of the newest edition of Josimar, we tell the story behind the race for the Presidency of UEFA. Kjetil Siem, Director of Strategy to FIFA President Gianni Infantino, has actively worked to have the relatively unknown President of the Slovenian FA, Aleksander Čeferin, elected as the head of European football. The four biggest Nordic football federations were the first to endorse Čeferin. As pay-off, according to several independent sources, the Nordics will be given hosting rights for the European Championship Finals, either in 2024 or 2028. The President of the Swedish FA has been promised a place on UEFA’s Executive Committee.

Siem has this week replied to the allegations in various news outlets. He dismissed any suggestions of foul play, though he has revealed that he has been lobbying for Čeferin for more than two years and that he has done so on instruction from Yngve Hallén, the former President of The Football Association of Norway (NFF). Hallén’s tenure as President ended on 29 February this year. During those two years, Kjetil Siem was Secretary General of the NFF.

“That is a breach of the rules of the NFF”, sports lawyer Gunnar-Martin Kjenner tells Josimar.

No Board approval
According to Kjenner, as well as the former NFF Presidents Sondre Kåfjord and Per Ravn Omdal and former Secretary General Karen Espelund, it does not fall within the mandate of the General Secretary to act on the political stage.
As they explained to us, the General Secretary’s role is purely administrative.

And the President cannot simply instruct the Secretary General to work as a lobbyist for anyone seeking office internationally.

In an interview with the Norwegian newspaper Dagbladet, Kjeil Siem said his work on behalf of Čeferin was rooted in an “NFF decision”.

Several members of the NFF Board, including the Vice President Mette Christiansen and former President Yngve Hallén, confirmed to Josimar that the Board has never made a decision on this.

In Hallén’s mind, a board decision was not a necessity, as long as he, as President, had instructed him, and kept his Board informed.

He and Siem, he says, had simply discussed the possibilities of finding candidates to fill positions in international football.
“I informed the board verbally”, Hallén told Josimar.

But no decision was made?
“No. We do not reach a decision in these types of instances. We do that after we have decided whom to vote for.”

Can a President instruct the Secretary General whichever way he wants?
“As long as I keep the board informed, yes.”

According to the former NFF Presidents Per Ravn Omdal and Sondre Kåfjord, former Secretary General Karen Espelund and the sports lawyer Gunnar-Martin Kjenner, Hallén’s words are simply a wrong interpretation of the role.

The President has no decision-making rights. He is the Chairman of the Board. The office of President is not an executive one.

Praise for Blatter
Kjetil Siem is a trained school teacher, specialising in puppetry. Over the years, he has held different positions in and around football: as a journalist, Executive Director at the Oslo club Vålerenga, Executive Director of the Norwegian Association of League Clubs, CEO of the South African Premier Soccer League, Head of the Sports Department of the TV channel TVNorge.

He started his work as NFF Secretary General on 1 January 2012. On 18 July 2016, he officially began work as FIFA President Gianni Infantino’s Director of Strategy.

In Norway, he came under criticism for voicing support and admiration for Sepp Blatter, whilst Blatter was surrounded by allegations of corruption.
“Blatter is a political genius”, he told the newspaper Dagbladet in 2014.
“Blatter is a role model”, he said in the same interview.

Two versions – one victim
Working for Čeferin without a formal decision by the NFF Board is not the first time the duo of Hallén and Siem have caused controversy.

In 2013 the pair orchestrated the dismissal of Egil “Drillo” Olsen, the Norway men’s senior national team manager. Olsen led Norway to two World Cups in the 1990s. He had taken charge of the national side again in 2009. In the autumn of 2013, before the deciding game away to Slovenia in the World Cup 2014 qualifying campaign, he was replaced with current manager Per-Mathias Høgmo.

Inside the Board room, Hallén and Siem had presented a case that Olsen was “exhausted” and was willing to be replaced. If he was willing to step down, the rest of the Board had no reservations in finding a replacement manager.

After the Board meeting, Hallén and Siem told Olsen that the Board had unanimously wanted to replace him. Olsen felt this gave him no choice but to step down.

Though, it later emerged, the Board hadn’t been unanimous in wanting Olsen gone – they had simply agreed that Olsen could leave the manager’s post if he himself wished.

But he hadn’t.
Siem and Hallén had played him, and they had played the Board.

“I have worked on instruction by President Yngve Hallén. Lobbying for Čeferin has only involved asking him til stand as candidate. No more than that. You can talk to Yngve Hallén about this. Yngve was concerned with creating space for democracy and more candidates. When the candidates come forward, the Board and President decide whom to vote for.”