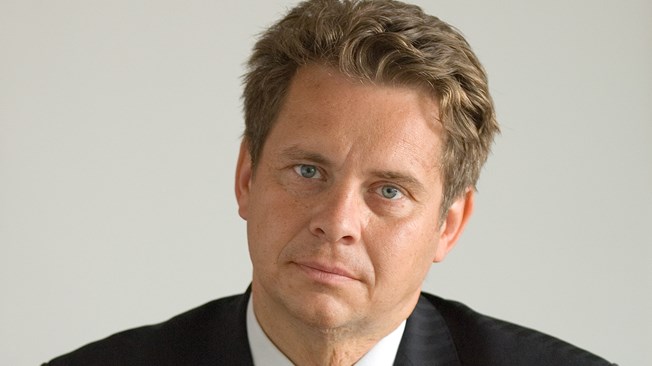 After Josimar asked FIFA about the eligibility of Tomaž Vesel, the new Chairman of the Audit and Compliance Committee, they simply changed the rules overnight.

As Josimar revealed last week, the new chairman of the Audit and Compliance Committee at FIFA, Tomaž Vesel, was a member of the Youth Committee of the Slovenian FA from 2011 until appointed by FIFA this summer. This is a clear violation of FIFA’s own rules on eligibility for chairpersons of its independent committees.

Last Thursday Josimar asked FIFA several questions about why FIFA’s Review Committee had ignored article 5 of their governance regulations when assessing Tomaž Vesel. According to the Slovenian, who now chairs the important Audit and Compliance Committee, tasked with overseeing that good governance is applied and reforms realized at the scandal-ridden organization, he informed the Review Committee that he had been a member of the Youth Committee at the Slovenian FA from 2011, and its Deputy Chairman from 2014 until accepting his current position at FIFA.

This is a clear violation of Article 5 of the governance regulations, which states that any chairperson or deputy chairperson of an independent committee cannot have held a position at national or confederation level under the FIFA umbrella in the last four years. We checked with Ludovic Deléchat at FIFA’s legal division to make sure this was correct. He confirmed to Josimar on Friday that this was correct, and that there were no exceptions to this rule.

Josimar asked FIFA about why Mr. Tomaž Vesel was appointed, despite not fulfilling the criteria to hold this position. This is what we asked:

“Thanks for your reply, but you didn’t answer our first question.

FIFAs Governance regulations article 5.1 clearly states that any”chairman or deputy chairman of its independent committees cannot have hold any official function at a national or confederation level, including the four years previous to initial term”.

Josimar: “Is it correct as it says in the Governance regulations article 5.1 that a chairman and deputy chairman of the Audit & Compliance committee cannot have been a committee member within the four years before chairing an independent FIFA committee?”
Deléchat:”Yes, that’s correct.”
Josimar:”Are there any exeptions to this rule?”
Deléchat:”None whatsoever.”

So the question remains:

Today – four days later – we still have not received an answer to our main question.

A South African recommends a Slovenian?
Sindi Mabaso-Koyana was the one recommending Tomaž Vesel to become her successor and boss at the Audit and Compliance committee. While not elaborating on the question of why a South African businesswoman would think of a Slovenian chief auditor as her first choice, what FIFA writes next in their reply to Josimar is far more noteworthy:

“Generally speaking, besides the regulatory framework applicable to eligibility checks, the Review Committee has developed certain general standards while acknowledging that matters need to be decided on a case-by-case basis, always bearing in mind their specific features. For further details, please see: FIFA eligibility checks and Standards for eligibility checks

The Review Committee is not in a position to comment on individual cases but one of the issues that the Review Committee had to decide, in more than one case, was the interpretation of the independence criteria; in particular to decide which positions in FIFA and the confederations and member associations are official positions (since the regulations excluded only those holding such official positions). In interpreting that notion, the Review Committee took into account the different legislative drafts and previous versions of that provision, the purpose of the provision, and the character of the position held by the candidates involved, in particular if the positions they held were purely advisory and did not involve any remuneration (taking into account, in particular, the notion of “material relationship”, established in the independence rules).”

The informative note attached in FIFA’s answer to Josimar was a note sent out to all association members (and discreetly published amidst announcing Marco Van Basten as FIFA’s new technical director) the 23  September.

I.e, in between Josimar’s questions and FIFA’s answer, FIFA changed the interpretation of their own rules.

But FIFA’s answer doesn’t clarify why article 5 of the Governance regulations has been put aside. Instead it follows;

“The review committee has developed certain general standards while acknowledging that matters need to be decided on a case-to-case basis”. It further mentions that it takes into account ‘potential’ versus ‘actual’ conflict of interest, and, not the least, that “the independent nature of the position is another relevant factor requiring the candidates to comply with additional conditions”.

Despite stressing that the note isn’t legally binding in any way, it has clearly trumped the Governance regulations in Vesel’s case. The last sentence which says that independent positions, like the chairman of the Audit and Compliance Committee is, asks for stricter checks. It’s hard to see which ones they applied here. And it’s strange this memorandum was sent out just now, and not a month and a half ago when Vesel was appointed.

In the case of Tomaž Vesel FIFA delievers two opposite messages.

Their Legal Departement says clearly that there are no exeptions to their Governance rules.

But the Review Committee says there are.

There is sufficient reason to question Tomaž Vesel independence considering his role at the Slovenian FA, and his close relationship to UEFA president Aleksander Ceferin. Much more alarming though, is FIFA’s excuse to handle these eligibility checks on a case-to-case basis to accommodate persons who don’t fill the criteria. FIFA not only did this when appointing Tomaž Vesel, the first high profile appointment after vowing to reform themselves. They also admit having to make similar short cuts in similar appointments in the near future to a host of committees and positions.